Techtip - Be Tech Updated! Not Just another Tech Blog
Home Software Android Apps TikTok Banned in India? You Can Still Download and Use TikTok

You might already have read the news that TikTok has been banned in India.

Madras High Court in Tamil Nadu asked the government on the 3rd of April to Ban Tiktok, saying that it encourages pornography and that sexual predators could target child users.

The government then sent letters to Apple and Google to act on the orders of Madras High Court, following which Google and Apple both have blocked the installation of the Tiktok app on their Play Store and App Store, respectively. 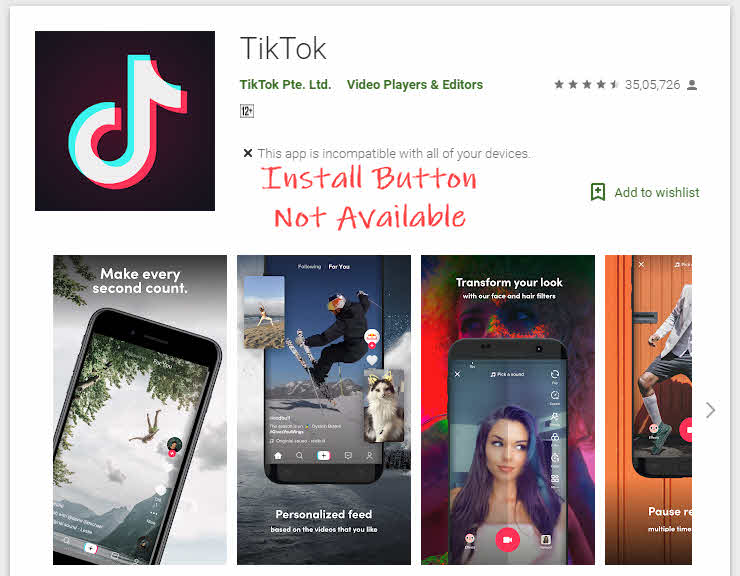 This means that the Tiktok app isn’t technically banned in India. New users won’t be able to install the app from the Play Store or App Store.

There are no directions from the High Court about the existing userbase of TikTok in India.

TikTok, a video-sharing app from China, issued a statement stating that their existing user base may continue to use TikTok without any issues since only the installation of the app is blocked in the Play Store and App store per the directions are given by the High Court.

TikTok app has already challenged the High court’s order and has stated that it is working closely to solve the issue and unblock the installation of the app in India.

While nothing much can be done for the iOS users (unless they are using a jailbroken iPhone, which would give them the option to download apps outside of the app store).

Fortunately, for Android users, it is still possible that you can download the APK file of the TikTok app and install it on your phone. 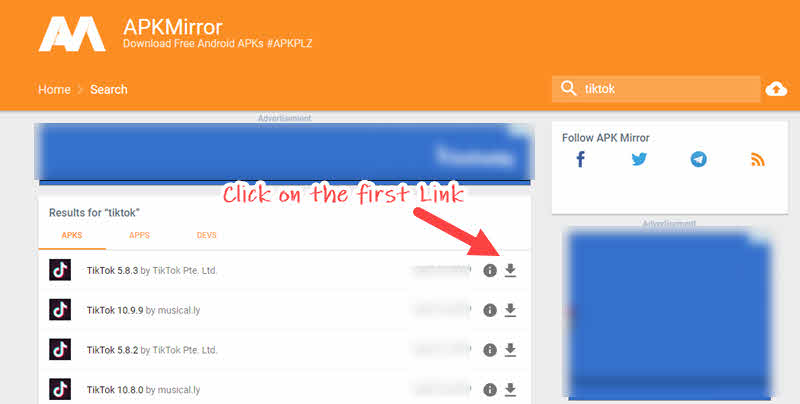 Some of the trustworthy sources are APKMirror.com, APKPure.com, etc.

You can search for the Tiktok app on APKMirror, or you can click on this link. When you reach the page, click on the first link, which would be the latest version of the app available on the website

Is it illegal to download or use TikTok in India?

Like we said in the article above, the High Court has only ordered Google and Apple to remove the TikTok app from their app stores.

The TikTok app has even challenged the order of banning the app and has stated that the existing users may continue using the app.

Since the APK file of the Tiktok app is available on the internet, anyone, including people from India, who have got access to it, can download it and install it on their phone.

The TikTok app is available for free, so you cannot break copyright laws by downloading it from the internet.

Is it right to ban TikTok in India?

After the news of the Ban went viral on social media, a large group of internet users was celebrating since the Tiktok platform is flooded with useless short videos where people jump, laugh, lip-sync and dance to different songs and dialogues.

Although many TikTok users have attained celebrity status solely on the popularity of their TikTok videos.

Moreover, the order that came from the Madras High Court is more of a moral policing than a serious act to band something that can cause real harm.

Suppose the High Court has objections about the pornographic nature of some videos on the platform. In that case, they could have asked the Tiktok app itself to remove search videos or come up with restrictions so that such kinds of videos can be filtered and deleted.

This means the said order should apply to these social media sites as well and not just TikTok.

I am not a fan of TikTok either, but I feel it is wrong to target a single service.

TikTok was ranked 6 in India for overall downloads of the app on both iOS and Android combined in 2018. And 39% of its user base of 500 million users globally is from India, which converts to approximately 200 million users.

Do you think the Ban is right?