If you’re into a fitness lifestyle, you might already know how crucial it is to see what is going inside your body. And apart from that, you should also count the calories you put into your body.

Because once you know how many calories you are consuming, you will be able to maintain good health.

Some apps will tell you how many calories a specific food item has. But again, this would depend on the recipe used for making their food.

The difference between the cal in your food and the food shown in these cal counters could be used. The best way would be to where the ingredients you use in your recipe and count the calories of these individual raw items. This will be the best method to know how many calories a particular food item will get.

For example, you are making fried rice tofu. You can weigh the rice and tofu separately. And then look for its nutrition value on google. Also, add the calories in your bi using. For example, 1 tsp would have 13 grams of fat.

I had been using Chinese make kitchen weighing scale for the last five years, and it stopped working, so I was looking for some other options, and there were plenty of options on Amazon. But I found this one to have an excellent design and look quite premium. 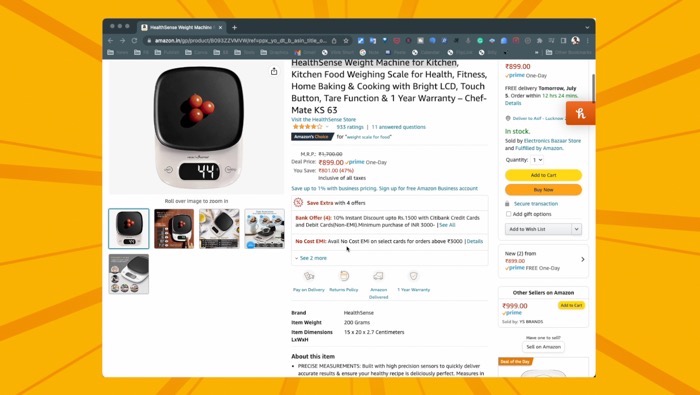 So I order it from Amazon and have been using it for the last few days. I should share my review with all of you guys.

So, this is HealthSense weighing machine I got from amazon for Rs 900. It weighs just 200 grams and is slightly bigger than a normal-sized palm, a large-sized LCD.

What’s in the box

So I already have unboxed it, but I am unboxing it again in front of the camera. We get the weighing scale unit which is nicely packed. Although it is lightweight and has no chance of getting damaged in the shipping, it is still packaged nicely. You also get two triple AAA batteries, so you don’t have to buy them separately and get started immediately.

The look and feel of this weighing scale are precisely what it shows in the product listing photos. So no complaints here, and it’s worth rupees 900. 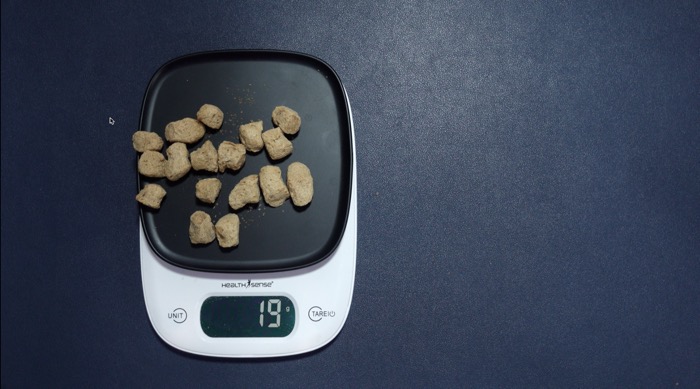 A critical feature of any weighing scale should be its precise weighing because the ingredients you would be weighing would be in grams. So I checked wearing a few things, and it was perfect.

For example, a biscuit weighs around 5 grams, and soya chunks can be easily weighted precisely to the number of g you want. Even Ruck can be weighed.

Apart from showing you the weight in Grams, it also shows it in OZ, and surprisingly this one also has liquid measurements for milk and water, which is quite precise.

Another nice feature of the weighing scale is that you can put any bowl or utensil and then press the Tare button, which will ignore its weight so that you can weigh your ingredients easily.

There are a bunch of other weighing scales available from this company, but I like this one a lot. So if you haven’t already had a weighing scale in your kitchen, you should be getting one from the link below.

This is How to Run iOS Apps on macOS?